As usual, I have installed the beta version of the next iOS version on my iPhone 7.

As I was controlling my Apple TV 4 with my phone, using the shortcut in the Control Center, I had to enter a code ID for buying a movie on the iTunes Store.

All was going well, as usual, until the iTunes Store asked me to enter my 3 digit number from my credit card to confirm the transaction.  So I left to get my credit card and it took a few minutes.  Meanwhile, my iPhone 7 went into sleep mode as it was waiting for the keyboard input for the Apple TV...

When I came back, I unlocked my iPhone, as usual but the screen was all blurry and nothing was reacting to the touch events.  I pressed the Sleep button and it was the end. 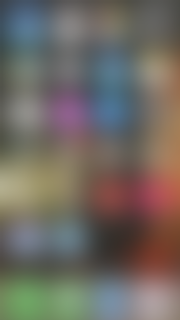 The iPhone was completely unresponsive.  I tried to reboot it, call it with another phone, pressed several times on the button but nothing was happening and the screen stayed black,

Ultimately, I used the VoluneDown+Sleep buttons, pressed for a good 10 seconds and the device finally rebooted.

If you're stuck on your iPhone 7, the VolumeDown+Sleep buttons will save the day!

Note: The bug has been reported to Apple.