Stream Oz - Broken Kingdom live on Periscope from your iPhone 7

As you may already know,  I got myself a brand new iPhone, the iPhone 7 Black.

I have downloaded the newest game called Oz: Broken Kingdom.  It's a nice RPGish game where you are fighting your way out in the land of Oz. 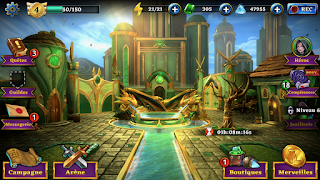 After a few minutes, I saw in the top right corner a small icon named "Rec"...  A bit curious, I checked it out to discover that I could record my game into a local video file or stream it directly to... Periscope. 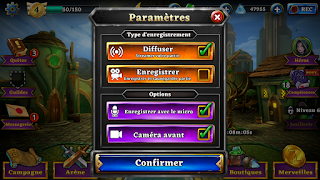 Actually, it seems to be able to stream to other services also, I have tested Twitch or Youtube yet.

Anyway, I've made a few tests on my Twitter/Periscope account and it does work... once in a while.  It seems unstable and that could be an issue with my WIFI setup having some issues.  But I'm pretty sure that things will work better with a few updates. 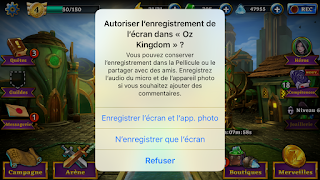 Nevertheless, when you activate the recording/streaming, iOS will ask your permission to capture the screen, the microphone and camera (if selected).  So it seems that iOS 10 does bring a native streaming functionality that is build in...

Have you found another game that could use that feature from iOS 10?