I've been having fun with iOS 10 public beta on my iPhone and iPad in the last few weeks. Apple has finally fixed an issue I had with iOS 9: Whenever I was browsing the web with Safari, any links to YouTube was forcing opening the YouTube app instead of viewing the website.

The YouTube app is great but when searching the web, it does not mean that I want to switch to another app just to read the comments on a video.

With iOS 10 public beta, this issue is no more. I quite happy! 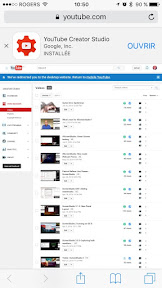 There is a small issue now showing up: the top banner in the YouTube app is sometime not showing the icons. I've seen this behaviour in a few other apps so it's probably a glitch from iOS. The icons are still there as you can press on them, but you cannot see them. 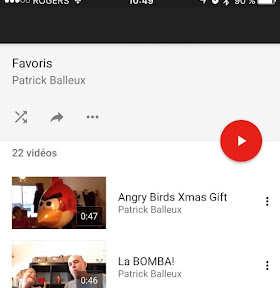 The new iOS 10 is a great update. The new widget screen does look a lot better than iOS 9.

The first public beta of iOS 10 was slow on my iPad 4. Since the second public beta, its back to a more enjoyable experience.

The next update should iron out the last annoyances.