Apple is moving to Open Source!

I just watched the WWDC 2015 from Apple and as usual there was a lot of great stuff and less great stuff.

Everywhere, everyone is talking about the new music service, the multitask feature with apps side by side or the performances improvement that Apple made in in OS X and iOS.

But something major happened today. Something bold and surprising. 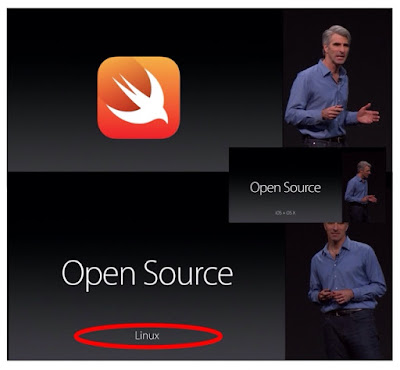 Apple is open sourcing its new development language Swift. This is big news, bigger than Microsoft this time. I was surprised when Microsoft released Visual Studio for Macs and Linux a few weeks ago. I wondered if this was the day that "Hell is freezing over".

As soon as saw that Swift was moving into the Open Source World, I understood Microsoft's move. Love it or hate it, when Apple is tackling a new market, they usually get it right and build a strong community.

Is Apple just releasing the specs or will it commit and contribute to the open source community? It's one thing releasing the source code but if Apple is dedicated to developers as they are to the music industry, great things could happen.

The future will tell us more...