Stop wasting your time tweaking, just use it!

Our daily lives are filled with gadgets these days.  Smartphones, computers, tablets, TV devices...  We have more toys than we can handle.

Devices can be customized to our liking.  In fact, the more it can be customized, the better.  Changing the look, changing the behavior, changing the usability.  We've been doing this with anything and everything thus completely forgetting to use the device for what it does and wasting vast amount of time just to realized that we need to go back to the stock version.

Android system has pushed the limit of customization.  Understand that I find some tweaks amazingly beautiful and some extended features are just blow my mind.  I still have some geek living inside me.  I'm talking about Android, but it could be Ubuntu, iOS, Windows...  It's just that Android system is revealing a strange behavior from it's users.  They want it to be their own, at the cost of stability and losing some features.

Tweaking is not new.  Some people are just really skilled at it and can provide some new trends on the market.  Features that were found in Cydia for iOS made it the the stock iOS version.  It's a big laboratory for skilled users to experiment.  It's a good thing, we all need those people.

But for the regular user, the one just following blindly instructions on a random forum, avoid tweaking your devices.  Loading a custom ROM, applying some extended features over the stock version may end up in a nightmare if you don't fully understand what you are doing.  If you want to learn, go ahead!  If you want to make a statement, stop wasting your time!

Often, "regular" users will try to impress others with the latest ROM or tweaks: 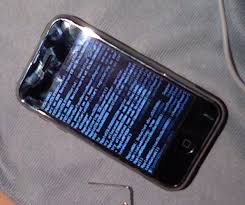 I could go on and on, but the fact remains that many users just used their ability to follow instructions as a statement of their personal status.  It's fun to learn new things when you're trying to achieve a goal.  A real goal!

There is a term in the business industry called ROI (Return On Investment).  The same should be apply to what we do late at night on our devices.  Does it really worth it?  Spending 60 hours tweaking to save 30 secs each day will payoff after 7200 days...  More than 19 years...